Pro-Test was produced alongside a 40 minute documentary entitled ‘PROTEST: young mothers speak out.’ This body of work was produced while participating on a three month Local Artist-in-Residence Programme at Caribbean Contemporary Arts (CCA7), which was exhibited in July and August 2003.

Each separate panel is viewed together to form a surreal metaphorical society where biblical words are threaded through the imagery. This was my first body of work post-University and it was produced just after I had my daughter.

Taking Over: approx 3’ x 6’ (ABOVE PHOTO)
A wasp with eyes for wings – society ‘maco-ing’, relating to gossip and stigma. Young women enslaved by this attitude towards them are whipped and bound (gagged) by the eyelashes of the wasps’ eyes. 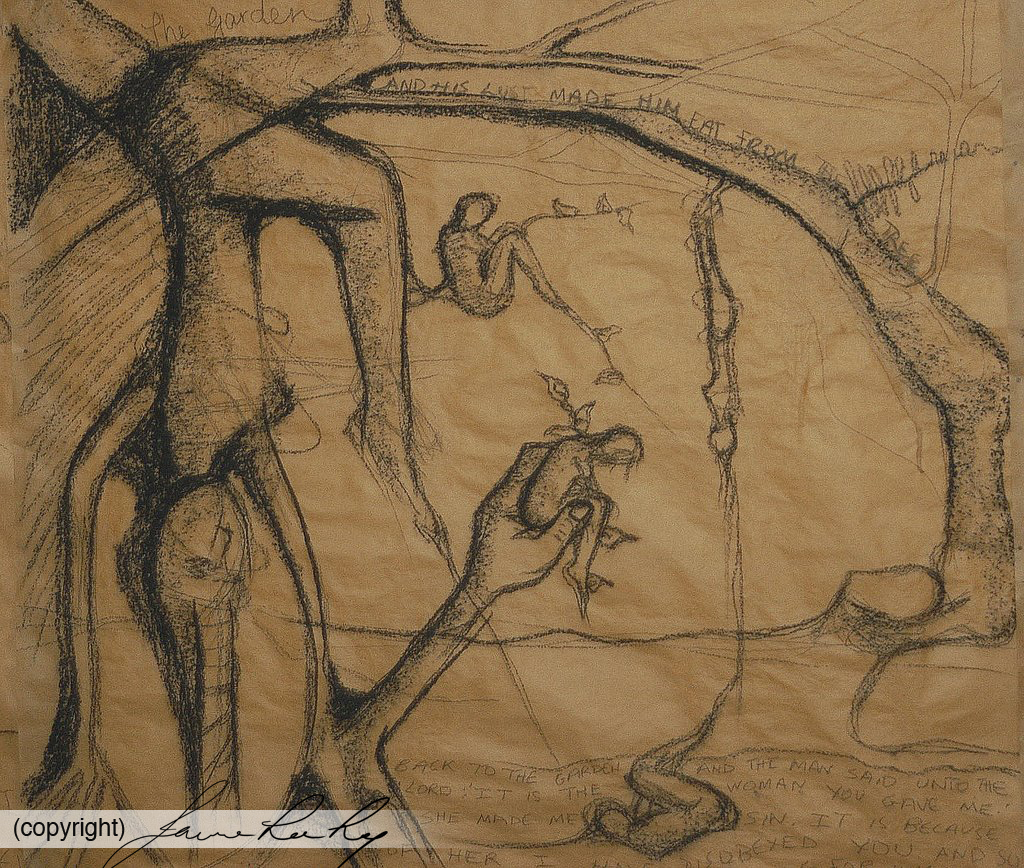 Women’s bodies form the tree trunks and the ‘forbidden fruit’ in this garden, which plays on the idea that the ‘woman is to blame’ for her unplanned pregnancy. With reference to Adam blaming Eve in the Garden of Eden, it quotes October Project’s verse ‘And God said the reason had hung form the tree, but I feel the reason hanging on me.”

A woman crawls through a city like a Hong Kong figure. Perched on her back are buildings which are labelled with words such as ‘Prejudice’, “No Time’, “Alone’, and ‘ Balancing school, work, and home.’ 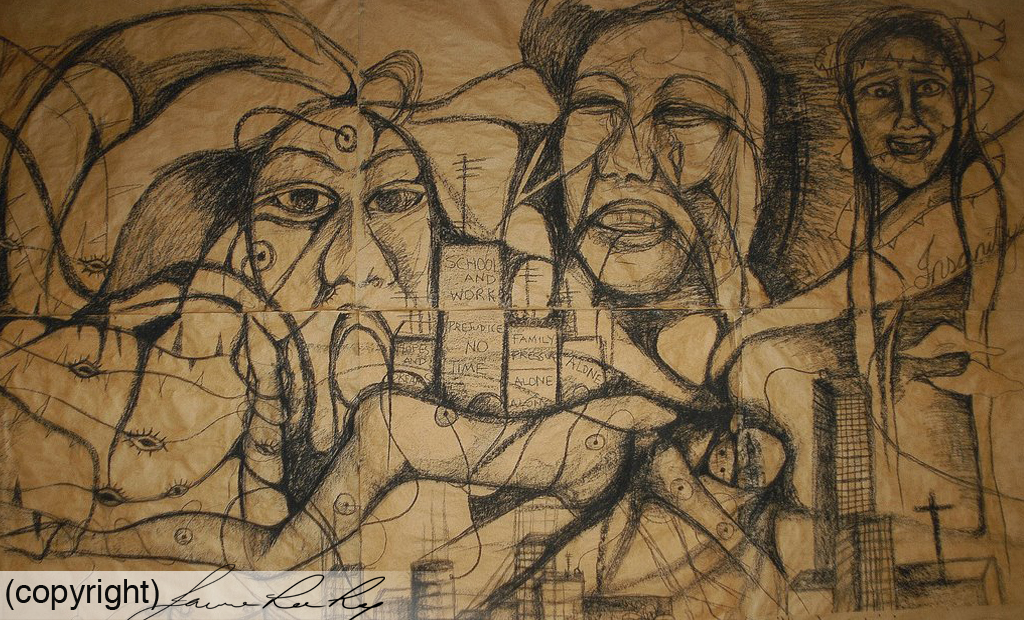 A woman bearing several crosses all labelled with words such as SHAME, standing above another in the foetal position, next to a headless woman with the letter A written on her body as if on a Post-it-note. This refers to Nathaniel Hawthorne’s novel, “The Scarlet Letter’ but it is not A for adultery, it is A for Alone. 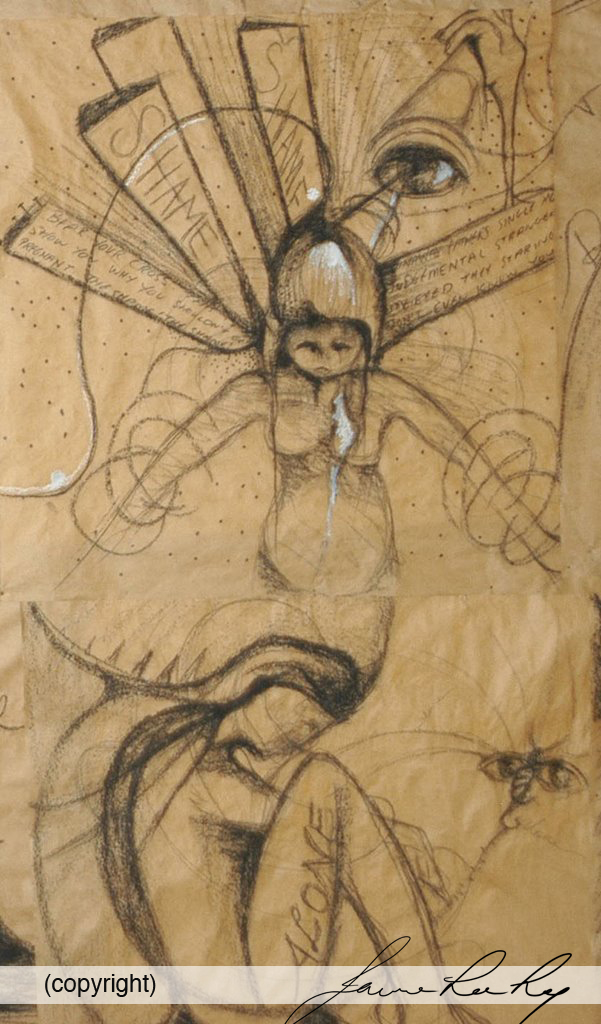