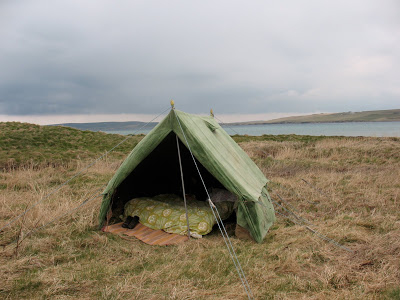 ‘While you were sleeping’ was a conceptual performance and a writer’s reading ( International Workshop, Hoy, Scotland 2008). In days leading up to the performance I left messages on ripped up pieces of paper that I planted in between dishes, in shoes, in clothes, in people’s rooms, under their pillows…..

Every artist got random messages either in tucked away in some personal item or space, or they stumbled upon them in the common dining, working and recreational areas. 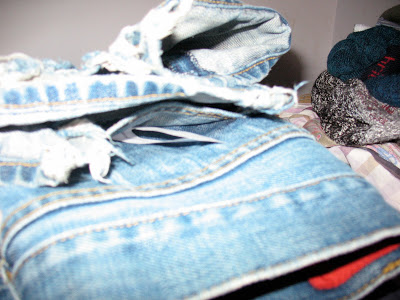 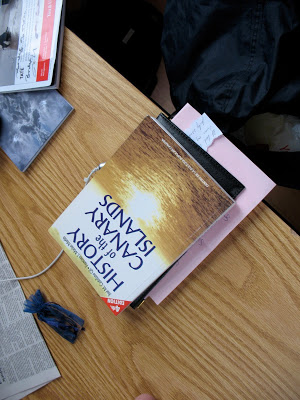 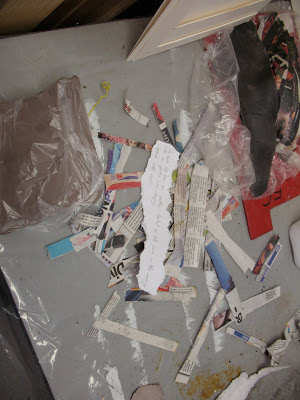 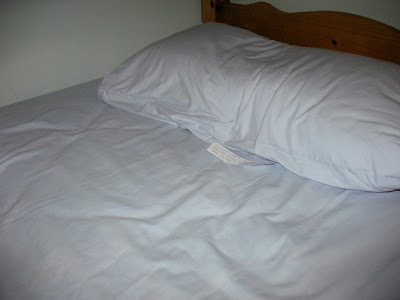 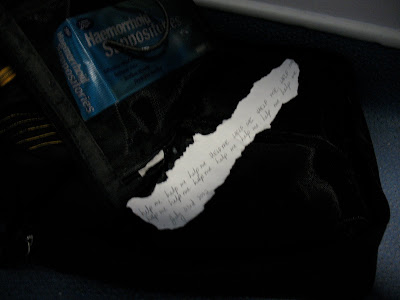 These messages were either single sentences or constructed from just a few. They comprised excerpts from a semi-fictional story I was writing. These citations read like diary excerpts, and they made the reader feel like they had stumbled upon something private, something way too personal.

I was interrogating the line between personal and private spaces as my work often veers to the latter. Eventually there were notes left everywhere, as people throughout their day, would stumble upon them like found secrets. They were very short sentences but in them were whole stories or strong visuals with emotive underpinnings. 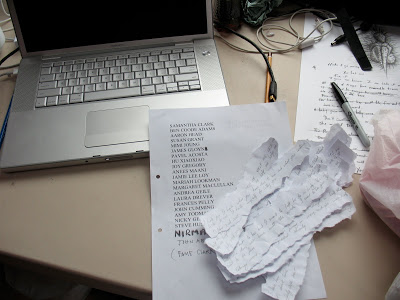 The morning of the performance the tables were set with teacups, plates, cutlery and bowls. Under each set was a personal note handwritten and addressed to each artist individually. It asked them to meet me at the corner at specific times. 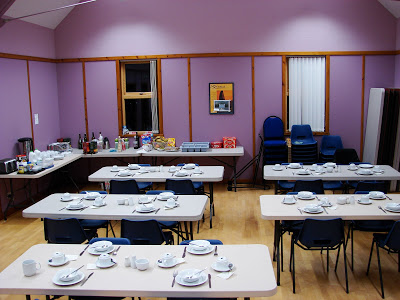 When they walked down the hill they met me lying in bed in an open field under a small tent. They one by one climbed in bed with me where I read to them, whispering in their ears this pseudo bedtime story. 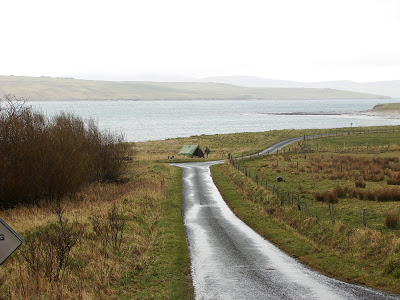 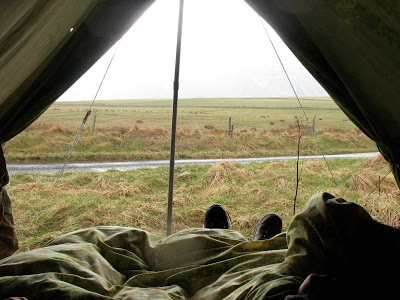 The story was stark and intimate. It spoke about the intricacies of relationships. Intimate readings of abuse, of sexual experience, of longing, desire, rejection, and struggle. I filled a small sketchbook diary with writing and I decided impromptu which parts to read to each person. 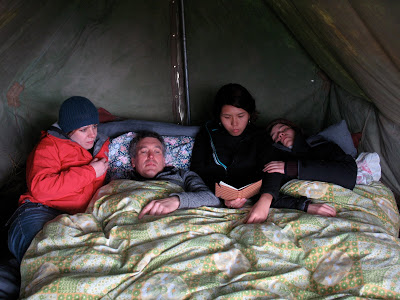 All this time they stared outside of the tent facing the mountains of HOY, the open sky and the safe space of a picturesque landscape. I invited them to share with me and they did. It was the most rewarding and successful performance I have ever tried.

I was interrogating the line between writing and art making as part of the same process. I was investigating communication, the lack of, the inability to, and the ‘uncomfortable- ness’ of it in intimate circumstances. I was struggling in my work (and personally) with the lines between the familiar and the unfamiliar.

The performance itself, the act of reading in this bed while out in the open and staring at what seemed to be an non-threatening landscape reinforced my conviction that artists need a safe space to produce work. And as the work I produce is so intense usually, and so close to the realm of the personal, the workshop experience allows me to disrobe, to be less inhibited, and to face the difficult things that sometimes threaten my ability to produce work at all. 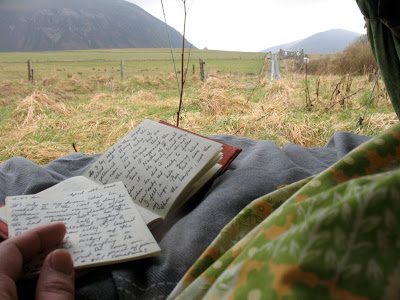