La Fantasie was a collaborative project in 2008 with two friends and artists – Marlon Griffith and Nikolai Noel. La Fantasie was an ephemeral installation funded by the Prince Claus Fund, Netherlands. Launched in 2008, just before the Carnival season in Trinidad, this temporary house structure was built in an empty lot in Belmont on Norfolk street, standing tall and pristine opposite to the PNM constituency office, (PNM being the ruling Government). 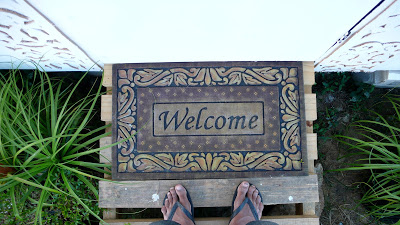 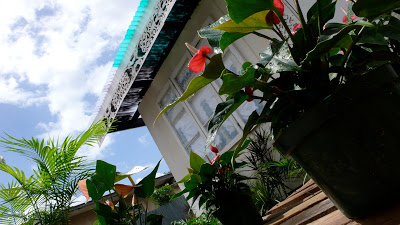 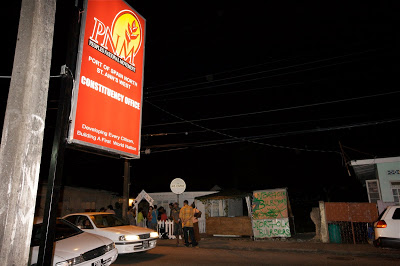 This project was named after the Prime Minister’s newly constructed residence, and mirrored, and still mirrors well, the paradox of a nation that is touted as a ‘fantasy island’, a dream place to visit and live in. On closer inspection the core pillars for any progressive nation are crumbling – or rather, they are not quite built- with the standard of living deplorable for many, not enough schools, homicides and domestic violence cases on the rise, increased violence against children, more reports of incest and rape, women and children that go missing, a lacking health care system, – all of this amidst growing visible wealth, abundant in high rise buildings and events and places that become more all inclusive or more than ever exclusive. 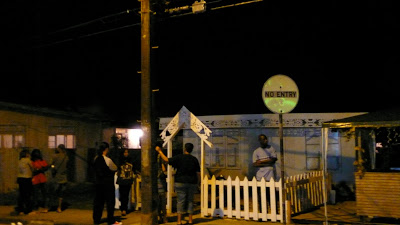 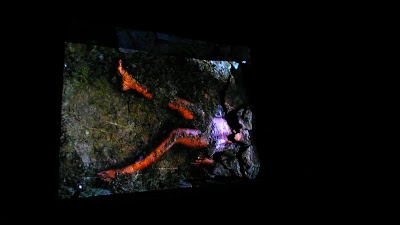 La Fantasie takes you into this world. Not to ponder polemically on any singular theme. But to somehow feel the unrest inside the space. 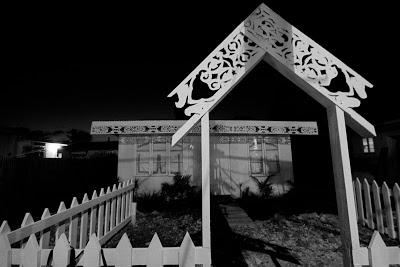 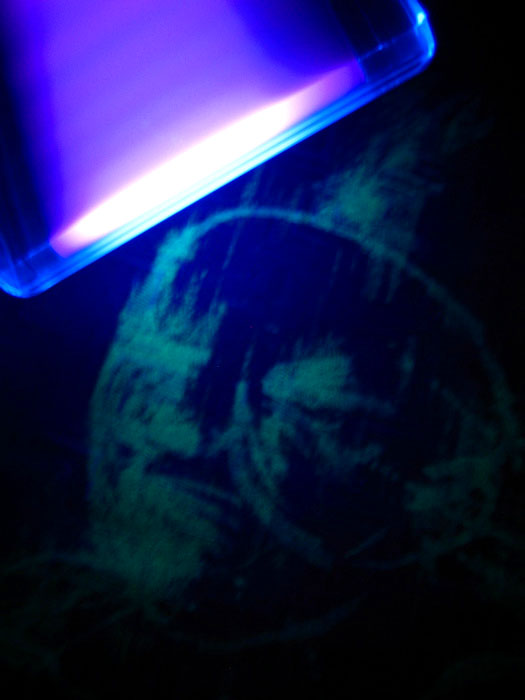 To understand even if in an abstract way, something about domesticity, about settlement, about the struggle to find a place and the struggle for territory. Some have said the installation was a bit dramatic, nightmarish, horror movie like. They are quite right. This surreal feeling, garrish and overwhelming, is sometimes what this world we created, and the world we created it for, can feel like. 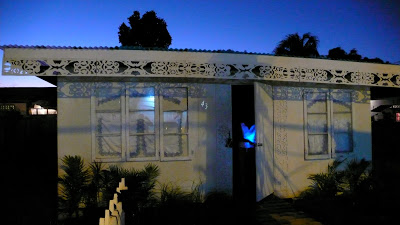 La Fantasie was built to mimic a colonial style house, decorated with fretwork (Marlon)  and painted a stark white. The inside was painted black and hosted a single room where a few items of furniture and installations were set up. Visitors were greeted with a small hand torch which doubled as a UV light. The internal walls were covered with images, some grimacing faces, some contorted bodies, some purposefully semi-abstract but overwhelming still (Marlon). 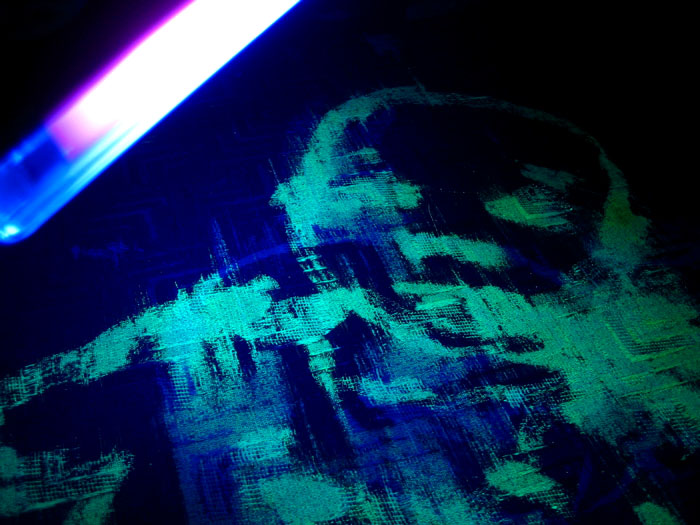 Images only seen with UV Light by Marlon Griffith 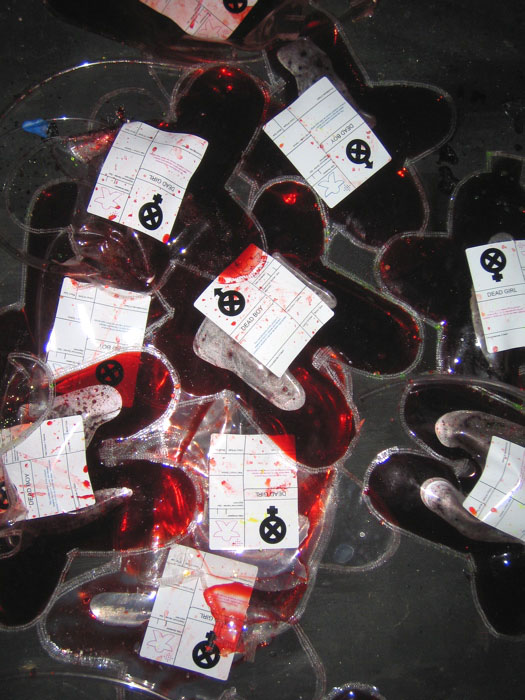 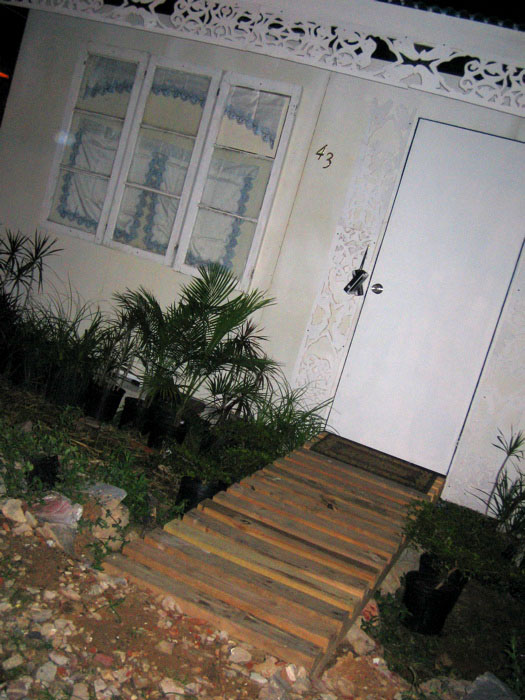 In a corner of the room was a shallow grave- the floorboards having been removed. A video was projected from the ceiling, directly onto the grassy and rocky floor beneath the house. It is at first a vague image, with a texture of dirt or sand, but slowly the dirt is seen as being removed by an invisible force, all the while uncovering an unidentified body. (Jaime Lee Loy) 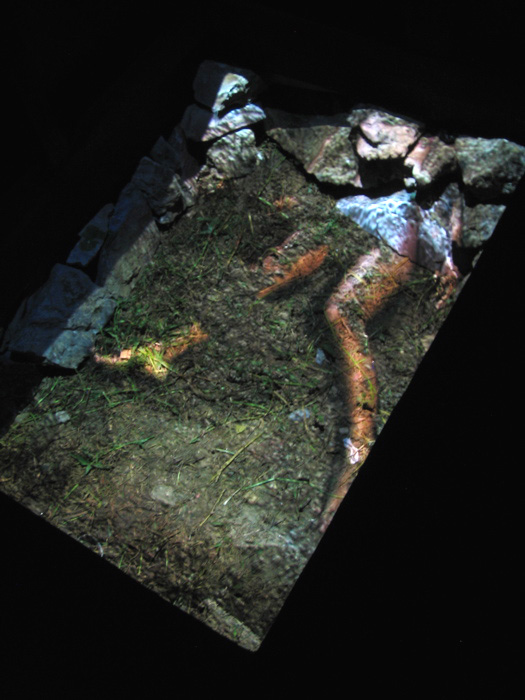 Like a watchmen in the corner of the room is a painting that alludes to a Christian Messiah. He is overlooking the entire scene and he is chained to the wall. (Nikolai Noel)

The rest of the house aside from a couch, a television atop a small coffee table, a fridge, a stove, and an isolated bath, is just a hollow dark room. Visitors step into the dark fumbling about, trying not to step onto the ‘dead babies’, (plastic IV bags with basic legs and arms, filled with red liquid), and labelled either ‘dead girl’ or ‘dead boy.’- (Nikolai Noel) 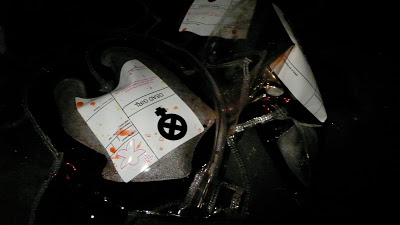 Some of these babies are in the bath, a video projection flickering over shallow water and their floating bodies. The video is of isolated body parts, of hands, of feet, of the side of a face. All belonging to an unidentified child, slow forming bruises are being formed. 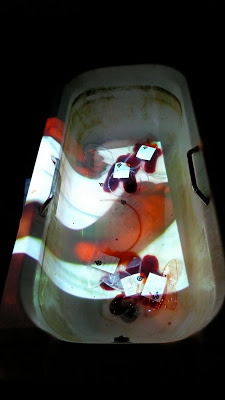 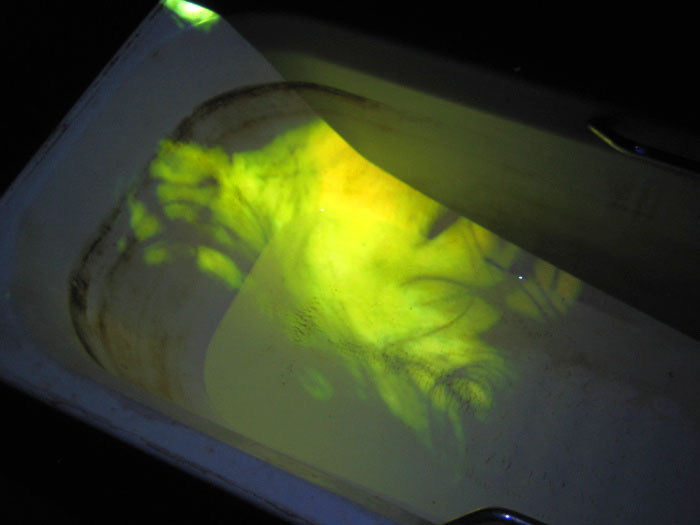 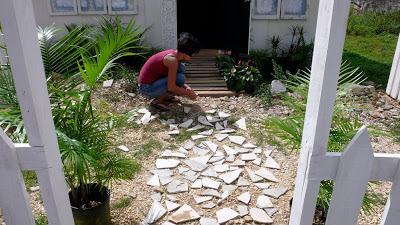 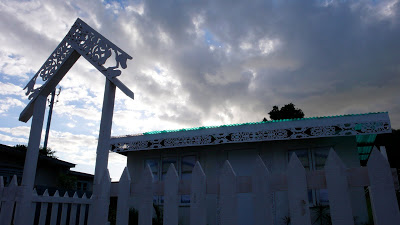 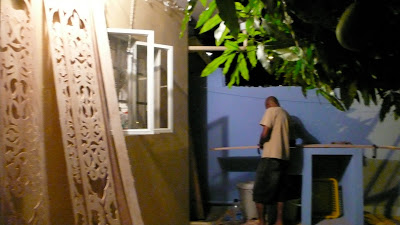 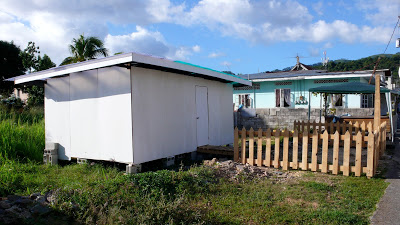 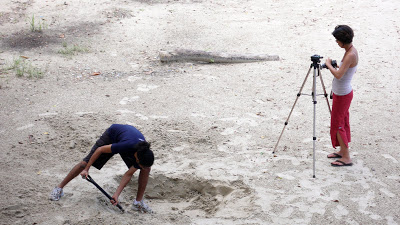 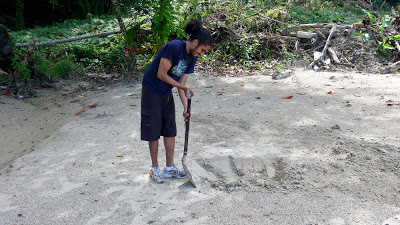 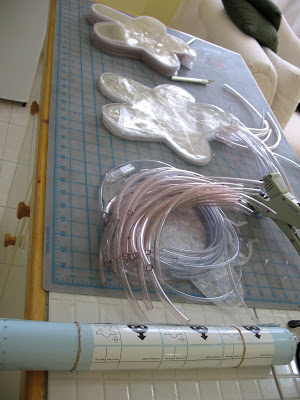 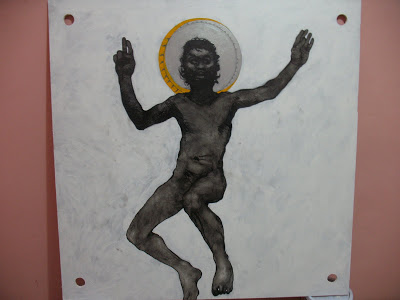 VIDEO BELOW BY THE BOOKMANN