While on residency at the Vermont Studio Centre 92007), I set up a studio installation for one afternoon only. Clearing the studio of all materials I moved furniture from the living quarters, items such as a large floor rug, some wooden chairs, a coffee table, lamp etc, replacing the fluorescent lightbulb with a dim yellow. The studio was converted into a living room – one that seemed almost complete – welcoming but with something missing. 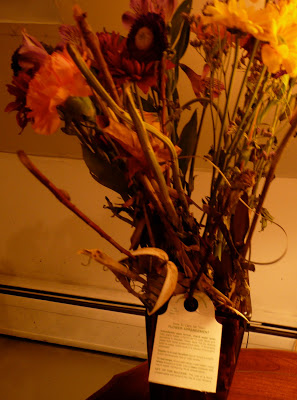 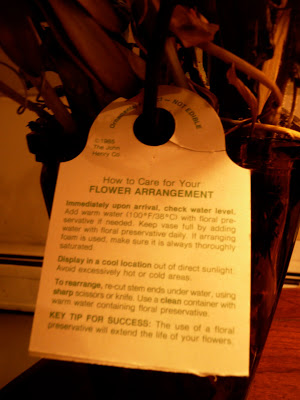 In the background was a faint haunting echo from the British singer, Amy Winehouse, with her remake of ‘Love is a Losing Game.’ At first the room looks inviting. Visitors who expect to see a stark studio space feel the inclination to wander in freely and have a seat.

However, on closer inspection, the scene feel like a static moment in time, with dried and dead flowers in a vase, with what seems to be coffee in a teacup that has been out for too long, chairs without seats, a rug twisted one edge up the corner of the wall – as if someone had shoved it there absent- mindedly. There is a book but the cover and pages are missing, a picture frame on the wall with no picture, and a plate that is covered in sentences ripped and pasted from a book about violent conquests (see Conversation Piece). 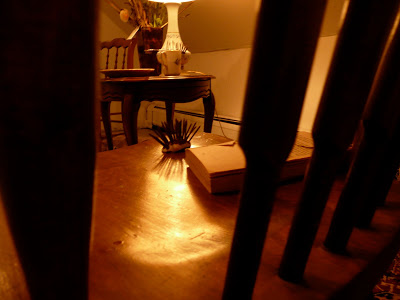 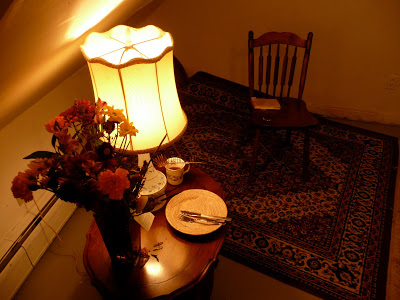 It is only when visitors walk into the room and turn again to face the opposite end where they entered, do they notice the flat screen atop a white pillar. Like an isolated art exhibit in a gallery, the flat screen is looping a series of thirty selected photographs – all created while on the residency and from my series ‘Roaches and Flowers.’ (See artwork under photo based work)

They are of domestic items such as cutlery and knives that have been transformed using shoemaker nails and flowers in combinations that make them appear as insects in what appears to be wide open landscapes. Like the room, the images are attractive yet hauntingly disturbing. 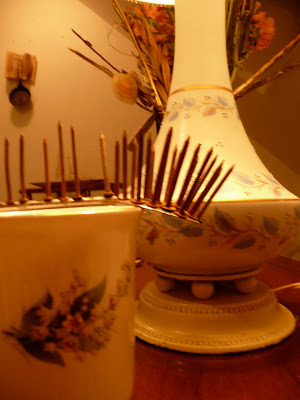 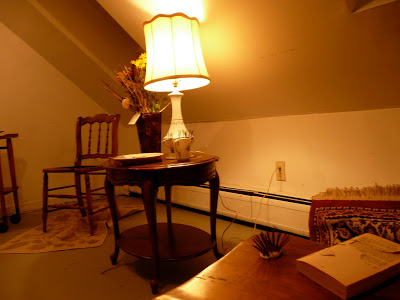